From the Editor // Coi is a fascinating model. She's actually featured here before in a set by AJ Molle but it was only when Filthy got in touch with her series that I realised Coi was transgender. I had no reaction other than "wow" (genuine happiness, a bit of surprise but not shock). COY itself exists in this sphere of representing the expressive artist in whatever that may be, but for multiple reasons (a thesis in itself), transgender models don't regularly occur on my newsfeed. I wanted to know everything about her journey but felt myself even asking would be disrespectful, asking inadvertently rude questions like some scientist trying to make a discovery. The truth is, I don't know Coi, I have no relationship with her other than being astounded by her talent. I am acutely aware of doing justice to the story. In short, I'm a 32 year old, straight white male; it's not my place to ask Coi any questions. I don't know enough, and I'm desperate to be educated on it. I'd be coming from a position of ignorance despite intention, and I want people to discuss, scratch that, it's IMPORTANT we discuss these topics so people like me are no longer saying "wow" at an apparent revelation and it just becomes the norm. And with that said, it came to myself and Filthy that any interview should be undertaken by a friend and even better, the photographer so that a weightier, honest picture can be painted; and that's exactly what we did.

From Filthy // "Coi Flynn and I first started collaborating about a year ago, mid-2018. As it turns out, Instagram has become a haven for artists of all kinds, acting as a safe space to meet and connect with other creatives. I reached out to Coi initially, admiring her professional style and connecting with the “LGBTQ+” and pride flag waving on her Instagram profile page. I wanted to work with someone I could connect with, grappling with my own queer identity as a non-binary/genderqueer artist.

We have worked together ever since, collaborating in and out of studio on various photo projects, with Coi often taking the lead with her clear stylist vision. We caught up to talk about Coi’s vision, style, and her experience as a trans model. Here is that conversation."

Share the love
FILTHY // When did you start modeling? How did you first get into it?

COI // Growing up my grandmother had a huge artistic influence on me and my interest in art school peaked with photography. 3 years ago, a friend of mine who worked for an agency in Portland suggested modeling. I did work for big companies for a bit, but then slowly found ways to channel my own personal creativity through it. This may have been influenced by me not having an art studio at the time, needing another way to express myself creatively.
F // Can you talk about your experience being a trans model? Are people pretty accepting? How often do you have to deal with ignorant or problematic comments from the public?

C // People definitely don't want to say anything transphobic. Although, like with many types of discrimination, people will say things that are tucked under the rug. Generally, I still think we have a long way to go with education about transgender people. People will want to use me once to seem more diverse and forward. In my opinion, school systems should include it [trans/queer eduation] in classes such as sex ed. I feel like in Portland I am lucky to have respect, though that doesn't mean they know what's appropriate to say and they never ask questions. 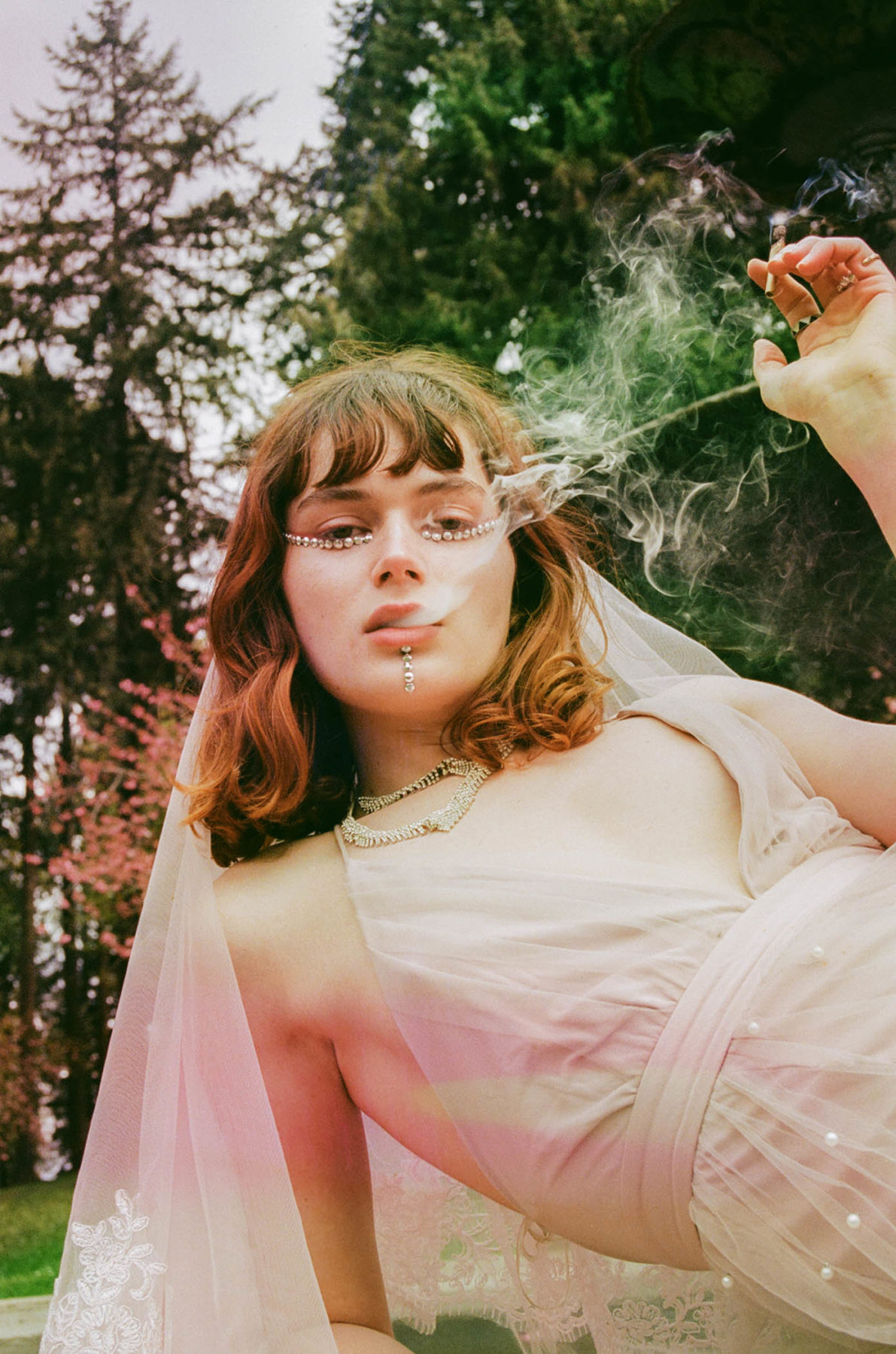 F // The internet has been a double-edged sword for artists, giving a wide-spread platform while also opening up the world to everyone’s personal opinions. How has the internet influenced your art? Do you have stories of ways in which it has been good/bad as a model?

C // For a long time I cared a lot about how others perceived my art. Thankfully, I slowly learned that that is not really the point. I use art as self expression, and if my family, friends, or audience has a negative outlook or feedback on it, that’s not my issue. I’ve thrown away approval from many for my own expression. How the internet defines art is a way the internet has influenced my art: such as Instagram’s famous sexist nipple ban. Although if anything, injustice has fueled my art a tad bit more. As far as bad stories as a model, the worst has been how male photographers, gay or straight, even ones just starting out, will talk down to female models and act like they don't know anything. In my experience, these photographers have also been ones not to give creative credit. As far as good stories, I've met so many empowering women through modeling, and these women have taught me so many things, like how to be comfortable with my body.

F // Generally, when you and I work together, there is collaboration, but you also take the lead on styling and really know what you want and like. Is this the case with many photographers you work with? Do you tend to style for most of your photoshoots, or does it depend?

C // I've been modeling for three years and have been creating for all my life. I'm very fortunate to have ideas come into my mind even if I'm not looking for them and I think I'm finally getting to a point where photographers respect my opinion. This hasn't always been the case, I've had photographers try to take credit for my styling and creative direction and usually these photographers are men. This is something that I have to deal with, not only as a model, but as a woman. It’s easy for people to talk down to me like they know better. I would say it depends though. If a photographer has an idea that they are passionate about, I am more than willing to be a part of it, although if there's not too much direction, I am glad to help. 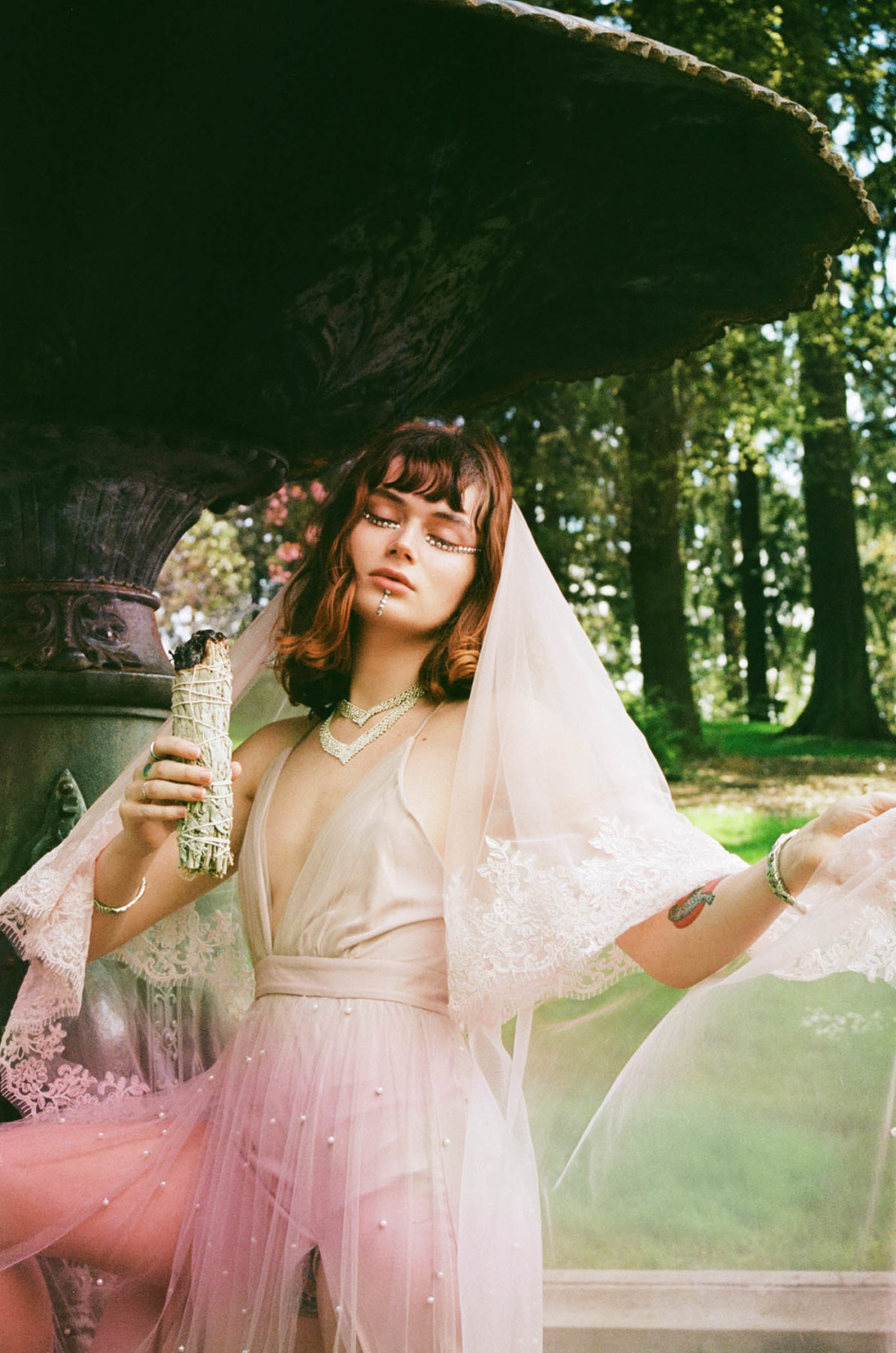 F // I’m curious to hear your take on why you prefer working with film photographers. As a film photographer, I prefer film for its tangible quality: the craft, the grain, the added care that goes into each photo rather than being able to see an image right away. As a model, what is it about film that you like most?

C // Film has a dreamy look that I've always loved. When you use film, it feels more organic. You never know what you’re gonna get back until it comes around. It makes the process more exciting and the photo always seems more magical on film. There's a certain amount of life and character that's added to it, something that you can't possibly recreate with digital. Not to mention, I have always been inspired by styles from the past! So it's fun to have photographs of myself that look like their from the ‘60s or ‘70s. Overall, it adds more character and the photo has more of a dreamy unique depth to it. 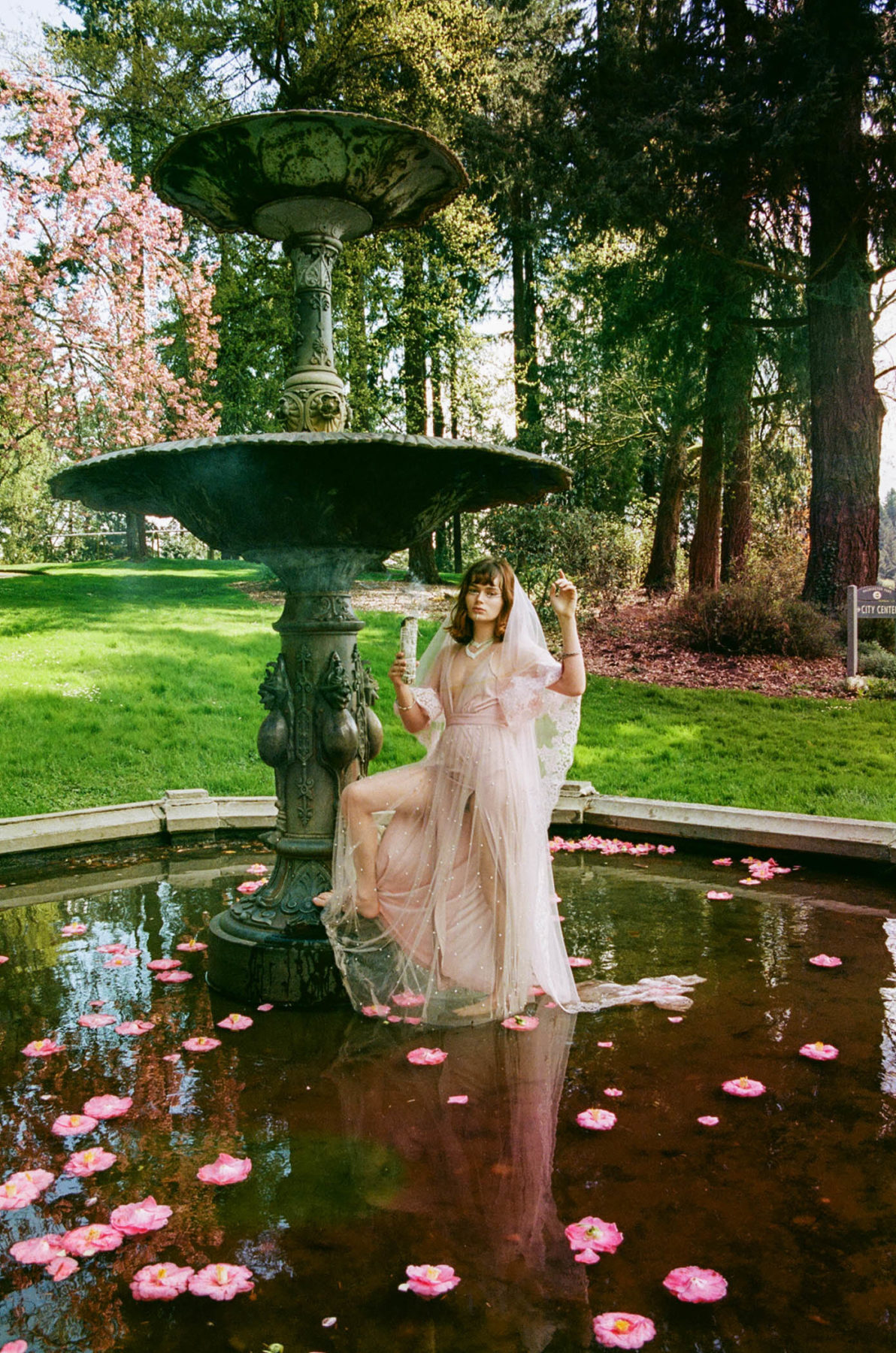 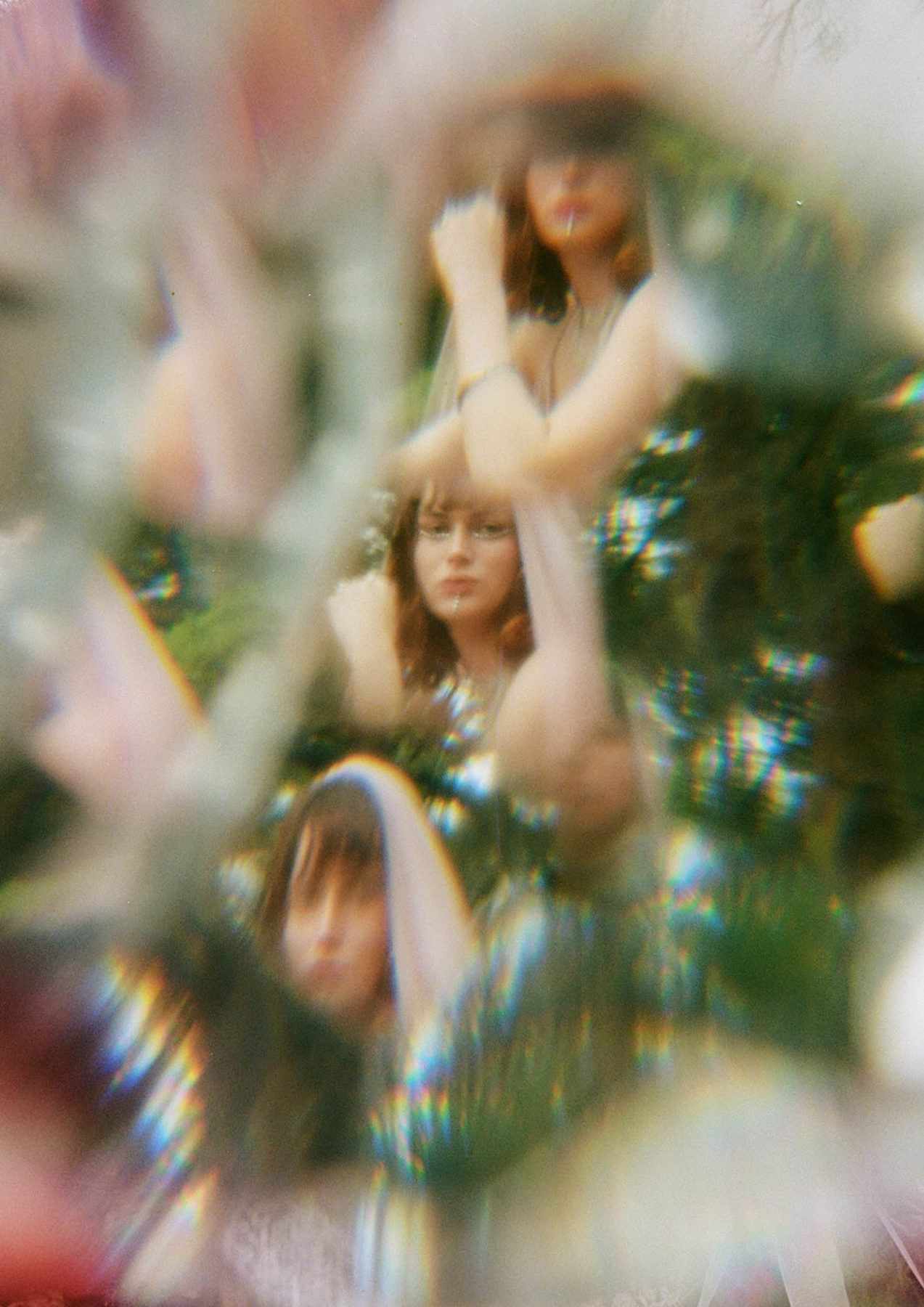 F // Navigating today’s world as a trans person can be challenging in a number of ways. What are some challenges you face in an artistic industry?

C // I would say that I got a late start in art. It makes me really frustrated that even something [that’s been] studied, with psychological backing, [even with all that] transgender people are still seen as mythical creatures instead of real people with real issues. Unfortunately, we live in a world where people’s personal opinion matters above research. My expression and art has grown over the years, from drawing to painting to photography, although I wasn't fully able to access the full expression within myself until I transitioned. Overall, I would say the worst part of being transgender is other people’s miseducation. I am more fortunate than many transgender people. As someone who “passes” (meaning people perceive me as a cisgender woman) I am more celebrated as a model and people are more likely to be behind me on transgender issues because of it.

F // What challenges have you faced as a woman in an industry focused on body image? Has it felt primarily empowering and inspiring, or have there been a lot of struggles on the way?

C // It has felt very empowering. Especially as a transwoman, to be able to see images of myself that make me feel powerful and beautiful is rewarding. Although I am in an industry where my body is my money, so it enables me to pick out any flaws I do have. 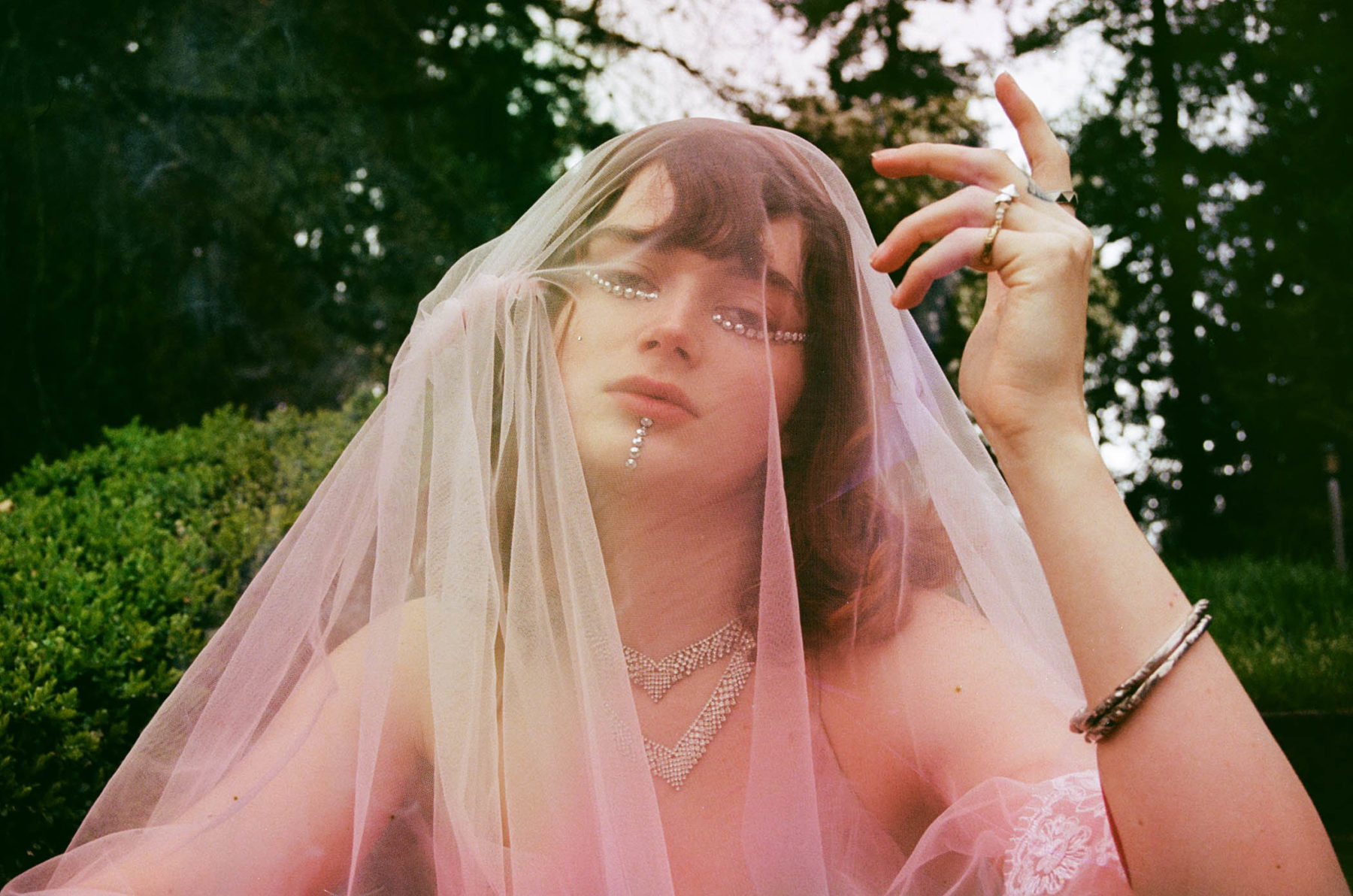 F //Are you close with your family? Are they supportive of you and your modeling career?

C // Originally, my family was very Catholic. Living in the Bay Area, they’ve gone from that to being slightly Buddhist and slowly understanding more progressive ideas. Things are not perfect, but I can say that my family tries. Even my grandmother, who I look up to so much, is in her 70’s and is so proud of who I am. As far as my modeling career, they encourage when I do modest work with brands. As far as the art and body positive photography, it's not as widely accepted.

C // My favorite parts of modeling are the other creatives that I've met through it, the moments when I'm able to channel myself in a modeling mode, and the euphoric feeling that brings. 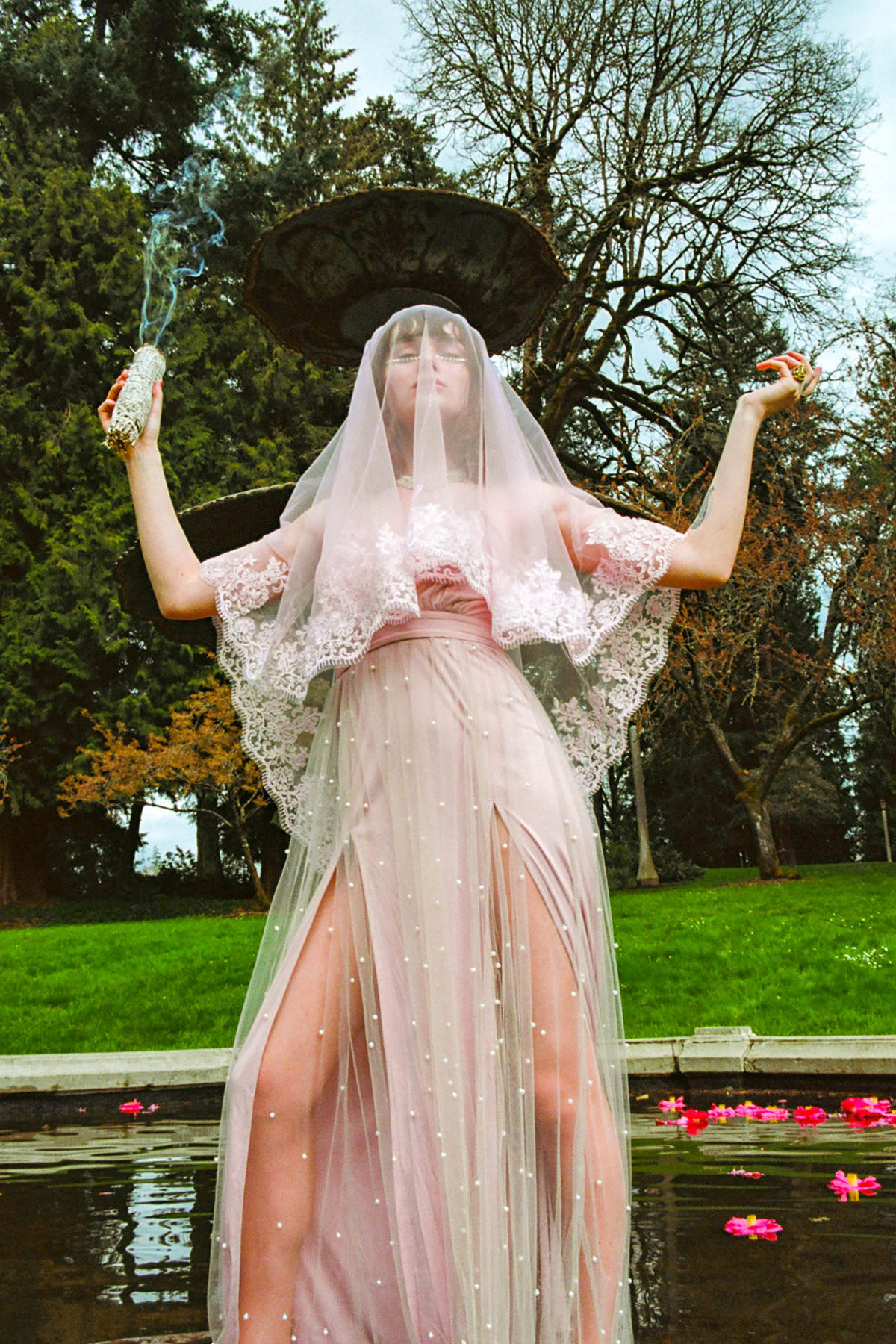 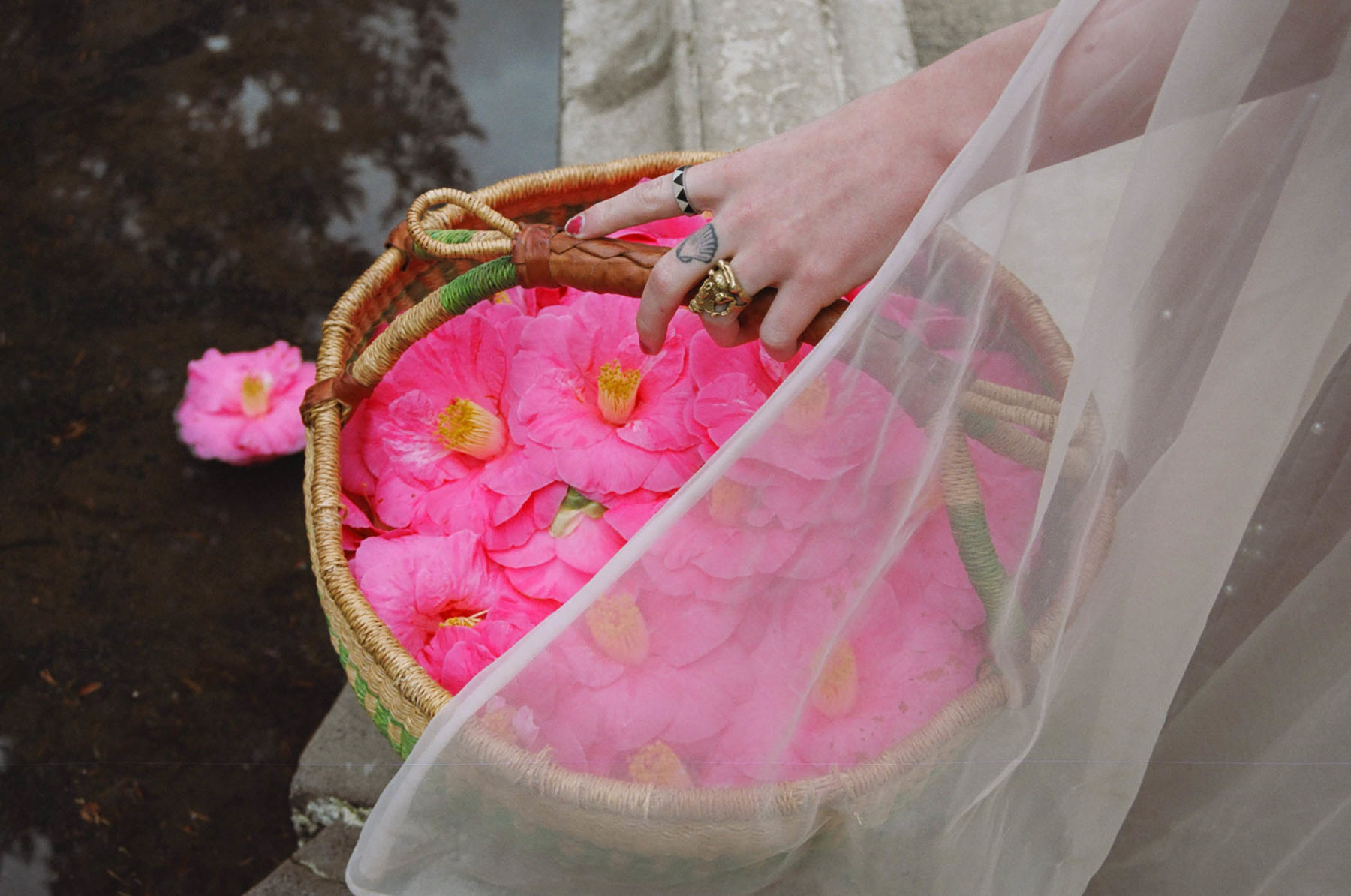